Blessed are those who conquer the natural world.

Cynthia Moss, who runs the Amboseli Trust for Elephants, in Kenya, has been studying and protecting elephants since 1968. She says she’s “heard these same arguments forever…”

Moss sees firsthand the impact a death of an elephant has on the survivors, especially the death of a female. “The killing of a female is probably more devastating for other individual elephants because they live in tight knit families. In Amboseli, you’ll see a family of 20 individuals—grandmothers, mothers, nieces, cousins, sisters. They stay in the family their whole lives and are very bonded.”

When a female is killed, the repercussions can last a very long time, Moss says. If the mother of a three- or four-year-old calf is killed, the calf will die. The survival rate of elephants up to 20 years old is even compromised if their mother is hunted. And if a matriarch is shot, “it’s absolutely devastating. It will have ramifications for years.”

Moss says that over her decades of work she has never once been persuaded by any of the arguments in favor of sport hunting. “The loss of an elephant is a tragedy,” she says. “And killing an elephant or any other animal for fun is abhorrent.”

Go to the original posting to see the progress photos! 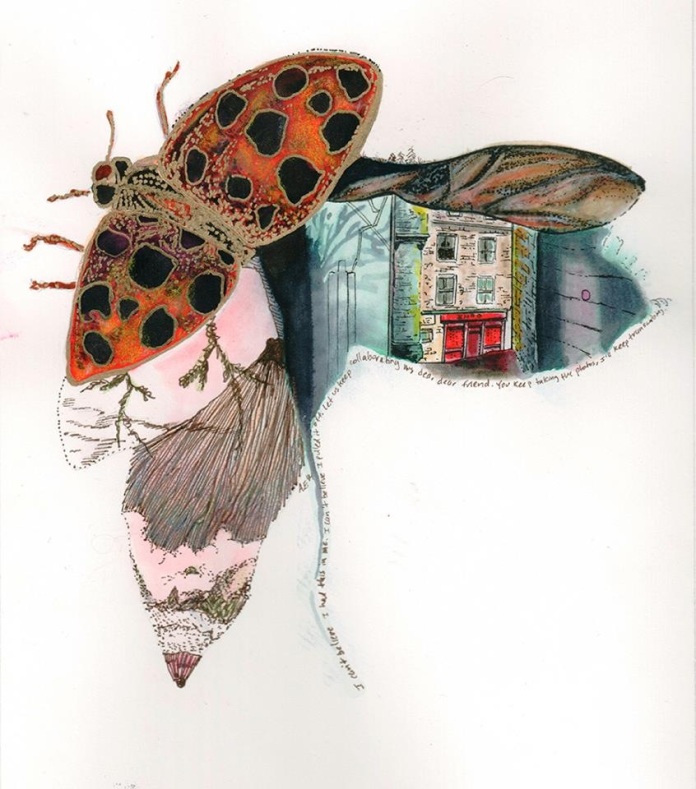 “Flying through the East of Edinburgh” (Arlene Ellis, 2014) 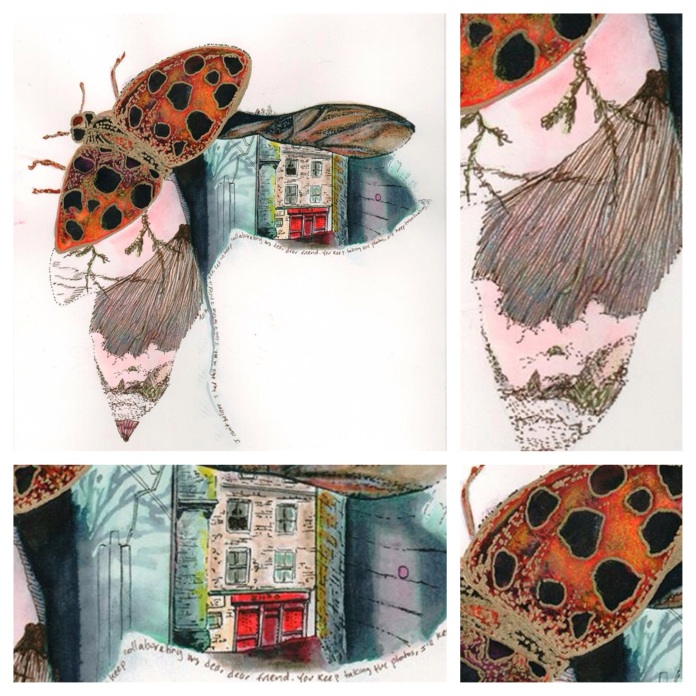 “Flying through the East of Edinburgh” (Arlene Ellis, 2014)

I’m also their first ever weeklong guest designer. I’m not sure how I pulled that off, but I’m thrilled nonetheless. I’ll be drawing a different illustration everyday this week using their dual brush pens. Below is the first illustration I completed for the blog. Go to the original posting to see the progress photos!

I decided to try out at a tutorial on how to make kaleidoscopic patterns in Photoshop. I used one of my earlier illustrations for reference. See how much fun you can have with your drawings!

What might our clothes look like in 50 years? When textile designer Suzanne Lee was researching her book, Fashioning the Future, she found the most interesting answers to that question when she looked beyond the traditional borders of fashion design. Beyond cut, color and cloth, our style in 50 years will be driven by new materials from the corners of science. With biologists, engineers and materials scientists, she realized, she could create an entirely new strain of fashion.

In 2003, Lee met materials scientist David Hepworth, founder of the Scotland-based firm Cellucomp, which develops materials made from non-hydrocarbon-based feedstock. His advice: “Instead of thinking about fiber production from a source like cotton in a field — an agricultural approach — we could look to living organisms like bacteria to produce fibers for us.”

So that’s what they have done. Hepworth and Lee started growing materials, at first in Hepworth’s…

So this is what my subconscious comes up with after listening to Alan Watts lecture about our brains, the universe, reality, God…

Inspired by eastern art and philosophy… 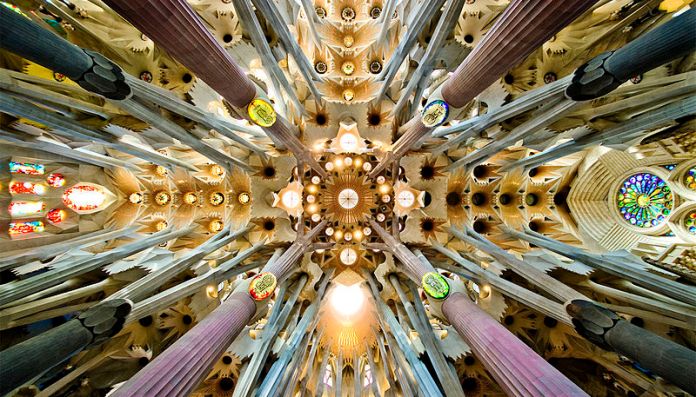 Sometimes you don’t realize your heart is aching. You don’t realize that it’s waiting, seeking, and hoping for some glimpse of the divine. Then you witness something as heartbreakingly beautiful as Antoni Gaudí’s La Sagrada Familia.  Suddenly your heart is filled with hope and humility. Hope that perhaps if you just don’t give up, if you keep exploring the questions lining the inner walls of your gut, you’ll be able to explain who are. You feel the sting of humility from doubting the capabilities of the human spirit, for dismissing its quest for meaning as meaningless, and for ever succumbing to the ego’s nihilistic tendencies.

What is art and why do we need it? How do I—from another time, country, ethnicity, sex, race, class—feel the weight of Gaudi’s vision? For what reason should my eyes fill with tears and my stomach feel as if it has descended into my womb? ART is the reason.

For me art is the language, the vessel by which inner worlds communicate across time and culture. My spirit needs art like my lungs need air.

I drew moon jellyfish infused with dandelions and lime swallowtail moths. These are organisms many people perceive as pests, but they are still fascinating and beautiful in their own right.

I entered this illustration into the Tombow USA Dual Brush Challenge. If my illustration gets the most “likes,” I will win 50 poster prints of my work and a Tombow storage bag! I will give free posters to 10 random people who have liked my illustration on Tombow’s page. Please take a screenshot of your “like” and message me. Thank you. I would really appreciate your support. Thank you! 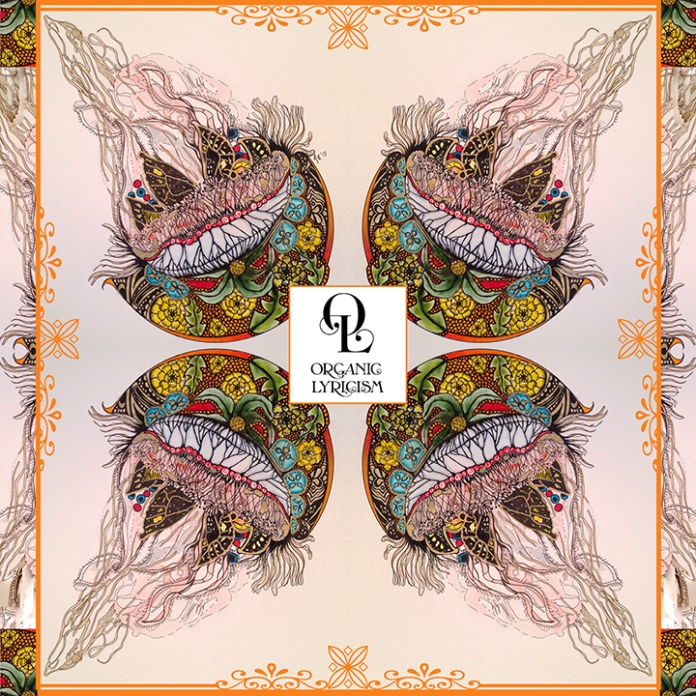 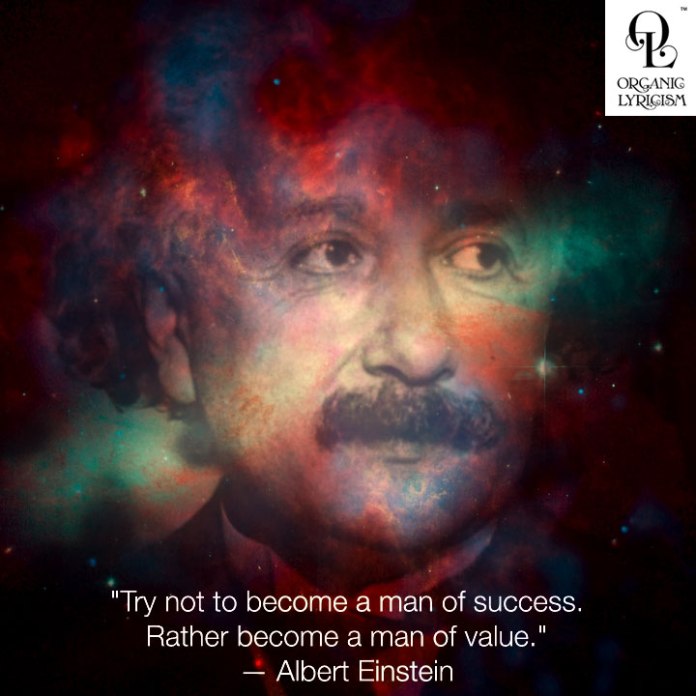 When the stress piles on, it can become difficult to stick with your ideals. But if those ideals sustain your love for the world and in turn yourself, then hold them close. You’ll encounter countless cynics, sycophants and critics along the way. But they’ll have no lasting power over you, if your mission is not rooted in ego. Nature—your muse, teacher, provider, and your reflection—needs you. You need you.

You are the cosmos, the air, the plants, the light, the energy. You may sometimes feel divided, but your existence represents a united world. From your DNA, to your proteins, to your organelles, to your tissues, to your organs, you are a walking billboard of unification. You feel apart because your perceptions fool you.

Your mental and anatomical borders are an illusion like the horizon is an illusion. There are no borders or outlines; you flow just like the air and sea around you. When you remember this and hold it close, the manipulative embrace of your ego will loosen its grip and your priorities will become clear once more.

“I’m applying for a social media job that will pay me to make people care about science. Considering that I’m already obsessed with fulfilling that goal, I think it’s an awesome fit. Wish me luck! P.S. Universe, let’s make this happen.”